by MagaGlobalArts on August 6, 2015 in events

Mise en abîme (in French “representation in abyss”) is a massive sonic composition by Yuval Avital, created for a large ensemble composed of 34 accordions, soloists, a choir defined as “crowd” of non musicians & 4 conductors and performed in 2011.

The title “Mise en abîme” is a paraphrase for a term in the world of visual art, literature and performing arts, that stands for a formal technique in which an image contains a smaller copy of itself, the sequence appearing to recur infinitely. Avital has instead opted for an interpretation of the theme of the abyss as a non-place, a sort of primordial void fromwhich things are originated and articulated: from syllables are born sentences in different language that leads us to cultural connotations, indefinite textures becomes definite forms, noise become sound become melodies.
The work is commissioned by the Teatro Franco Parenti, Milan with the collaboration of Magà Global Arts Around The World and the University of Milan – Department of Art History, Music and Performing Arts.
28/02-02/03/2011, Rai, Milan, Italy 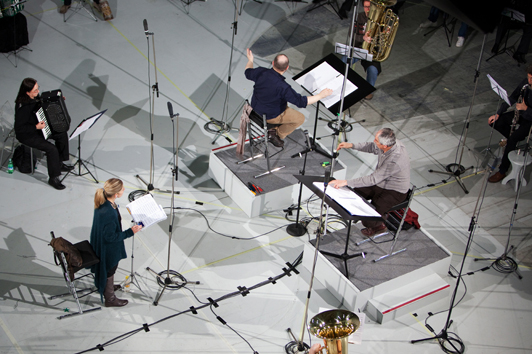 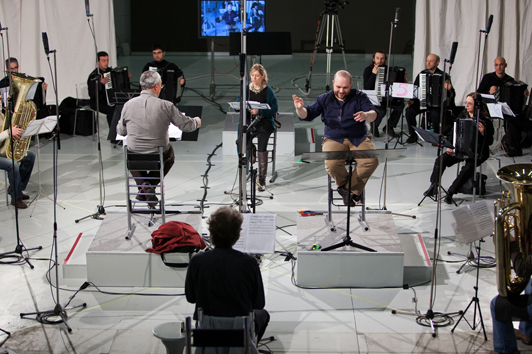